Pepsi Fires Back: “We’re Not Pessimists”

“Fuck The Future, Live For Now”
—A Global Threat 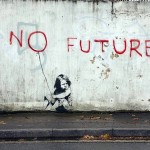 Brad Jakeman, President of Pepsi’s Global Enjoyment Brands, says I’ve got it all wrong. “For them [Pepsi loyalists], ‘Live for Now’ is far from pessimistic,” he wrote
in a recent email. “I am disappointed that you don’t seem to see that.”

In order to alleviate Mr. Jakeman’s disappointment, I thought I’d take another look at the positioning to see what I might have missed the first time around.

As “Live for Now,” according to Jakeman, yields a reaction that is “far from pessimistic,” we can assume that the brand position is optimistic and that
Pepsi loyalists are optimists.

A quick Google search of “optimism” yields this:

1.  Hopefulness and confidence about the future or the successful outcome
of something.
2.  The doctrine, esp. as set forth by Leibniz, that this world is the best of all
possible worlds.

I’m not sure they can do both.

This is not the Best of All Possible Worlds

If you subscribe to the fatalist doctrine that this is the best of all possible worlds, I’m not sure why you’d have any expectation, or interest at all, in what the future may hold.

Conversely, if you’re confident about the future and hopeful about the successful outcome of something, you may be acknowledging that this is not the best of all possible worlds; you expect something better down the line.

Of course, one may be able to reconcile the two positions by saying you’re confident about the future because it will be exactly like today, a day occuring within the best of all possible worlds. But that is a strange kind of optimism which presupposes a benign but static—one may even say dead—universe in which nothing ever changes.

Jakemen is unclear as to which kind of optimist best describes Pepsi loyalists. 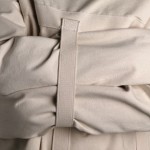 In a video interview recorded at the 2012 Aspen Ideas Festival back in June,
he said:

“What we really found about the Pepsi loyalists was best summed up by someone in a focus group who said ‘I can’t change what happened yesterday. I have no idea what’s going to happen tomorrow. So the only thing I can do is make the most of the now.’” (italics added).

This worldview may not necessarily be pessimistic, but it is one that is certainly restricted. It is an optimism characterized by resignation. This may not be the best of all possible worlds, but it’s the only one we’ve got.

Yet Jakeman takes the opposing view in his email, placing Pepsi loyalists squarely in the future-will-be-better camp. “Pepsi consumers absolutely look to the future,” he writes.

They too may not see this as the best of all possible worlds. But unlike the focus group respondent cited above, who Jakeman claims to represent the prototypical Pepsi loyalist, they’re not resigned to the status quo.

Instead, they’re aspirational. They want and expect more.

A life rich in “Now Experiences” 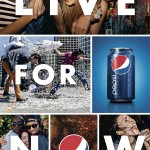 “Of the thousands of loyal Pepsi consumers all around the world we spoke to they had one thing in common,” Jakeman writes. “They aspire to led [sic] a life rich and full of amazing and exciting ‘now experiences’.”

Before I go on, let me just admit that I can’t quite understand what Jakeman means by “now experiences.” After all, what other kind of experiences can there be?  Even if I’m remembering something from the past or dreaming of something in the future, it’s happening, well…now.

Perhaps Jakeman is suggesting that there exists another category of experience altogether, outside of time and space, residing in an alternate metaphysical dimension.

Or he might be simply saying that even though all experiences happen in the now, authentic “now experiences”
are those in which we are neither conscious of the past nor the future. These are experiences without memory, imagination, regret or hope.

Once again, a peculiar brand of optimism.

Making the Most of Every Moment

Equally mind-boggling is Jakeman’s assertion that “Pepsi loyalists make the most
of every moment.” 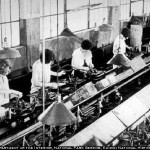 Try it yourself:  As you read this sentence, attempt to “make the most out of
every moment.”

Moreover, “making the most of every moment” suggests that Pepsi loyalists, despite their quasi-mystical pretensions of living “in the moment,” are actually hard-nosed efficiency experts, viewing the moments of their lives as raw material to be harvested and processed with ruthless economy.

And what are these optimists efficiently extracting from their moments? Not happiness, says Jakemen, but “excitement.”  In the May 7th issue of Advertising age, he states:

“For Pepsi loyalists, leading an exciting life is much more important than leading a
happy one.”

So Pepsi optimists are confident in a future that will not necessarily be happier, but more exciting. And the way they guarantee that exciting future is by accumulating, it appears, a large quantity of “now experiences,” right now.

According to Jakeman: “Pepsi loyalists love to make the most of every moment, precisely so that they can make their future be more exciting.”

If you find any of this confusing, join the club.

But let’s give Brad Jakeman a break.

What the Pepsi brand is selling ultimately, is a feeling. And it’s extremely difficult to describe something as abstract as “Live for Now” in the bureacratic language of corporate management.

We should be looking instead to poets and artists to do that job.

Perhaps the optimism of “Live for Now” is better expressed in the song of the same name by the Baltimore-based skinhead band, Iron Cross.

Or this little ditty from A Global Threat.

“Fuck The Future, Live For Now”

We can help you understand the new “Pepsi Generation” and other trends.
Click here to see how.

Author: David Intrator David Intrator, President of Smarter Storytelling, helps you unify your brand around a story that is coherent, authentic and emotional.

Let Us Help You Tell Your Story